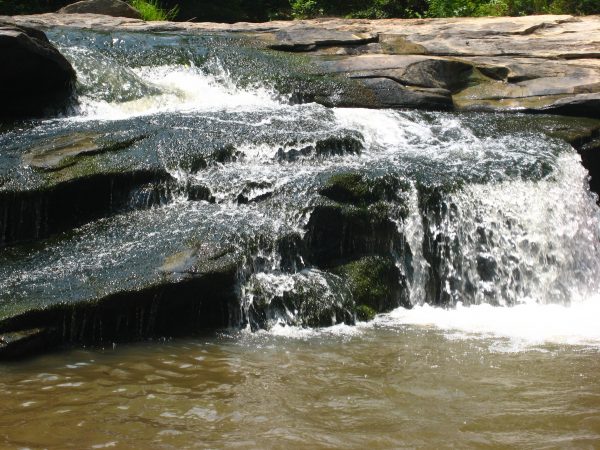 “Teacher?”
Jesus turned to face his disciple. “Yes, Andrew?”
“I want you to meet Eliezer and his group of companions. John the Baptizer sent them.”
“You are welcome, friends,” Jesus said with a smile.
“Hello, Teacher,” Eliezer returned humbly. He quickly looked at the others with him, who each gave him a nod of encouragement. “We are here to become your disciples, if you will have us.”
“Of course,” Jesus answered, looking at each of them. “It’s good to have you with us. There is much to do.”
“Oh, we are aware of that,” Eliezer returned eagerly. “One of the Pharisees confronted us the other day and mentioned that you are baptizing a lot more people than John.”
“Actually, we’re the ones doing the baptizing,” Rock, who was standing nearby, said, “not the Teacher.”
“I don’t think it matters to the religious leaders which ones of us do it,” James shot back. “What upsets them is that Jesus’s influence is growing. Throwing the merchants and money changers out of the temple has gotten them all upset with the Teacher. Knowing how many people we now have coming to us is really going to ruffle their feathers.”
“Wait! Wait!” Judas exclaimed. “This may be how we beat them!” All eyes turned to face the speaker. “The Jewish leaders are obviously working against the Teacher, but look at how many new followers we are getting! Every day more and more people are finding us here and listening to the Teacher’s words. Why, in a few weeks there will be so many people with us that the religious leaders won’t dare oppose us.”
Smiles and nods of understanding swept across the disciple’s faces.
“Judas is right,” Rock agreed. “Every day our numbers almost double! All we have to do is stay right here, keep doing what we’re doing, and in a few days we will have a force too big for them to stop!
“What do you think, Teacher?”
Jesus looked at all of their eager faces and said, “Gather your things. We’re leaving for Galilee.”
Everyone was dumbfounded, but before they could raise an argument, Jesus had thrown on his cloak and was walking north. There was a mad scramble as the followers rushed to grab their few possessions and hurry after their master.
“WAIT!” Judas cried after the others. “You’re all going the wrong way!”
Young John turned back to check on his friend.
“John, run up and tell the Teacher that we need to cross the river here where it’s shallow to travel up the east bank.”
“We aren’t going up the east bank,” John answered. “Jesus is going through Samaria.”
“WHAT?” Judas was horrified. “But there are…there are…SAMARITANS there! We can’t go that way! It’s unclean! Seriously, we can’t go through Samaria!”
“That’s the way Jesus always goes from Galilee to Judea,” John answered. “It’s the way we came down. It’s not so bad.”
“Oh, it’s not so bad for you Galileans,” Judas shot back, “but for those of us civilized people who know what it means to be clean according to the Law, it’s terrible! I can’t believe this!”
“Well, it’s where we’re going,” John returned. “So are you traveling with us, or are you staying here?”
Judas made a face and gave a shudder. “I’m going with you, but let me tell you something, little fisherman. The only part of me that’s going to touch anything in Samaria are the soles of my sandals.”
“Then you’re probably going to get pretty hungry and thirsty before we get to Galilee,” John said with a smile.
With a snort Judas wrapped his cloak tightly around himself for protection and shuffled behind John.

After a long, hot day of traveling the dusty roads of Judea and Samaria, Jesus and His disciples came upon an ancient well out in the country. It was late in the afternoon(*), and they were all tired, hungry, and thirsty, but no one had anything to draw water with.
Philip picked up a small rock and tossed it into the dark hole. The splash below told him what he wanted to know. “That’s a deep well,” he said. “Without a pitcher and a long rope, we won’t be getting water out of it.”
“I can see the village of Sychar about a half a mile up the road,” Rock called out. “We can get what we need there. Come on.”
After a few steps Rock stopped the group and looked back. Jesus was sitting on the rock wall beside the well and was looking around. “Teacher,” Rock asked, “Are you coming with us?”
“I’m going to rest here,” Jesus answered with a wave. “Go purchase some food for us in the village.”
“But, Teacher…,” Rock began, but Jesus cut him off.
“I’ll be here when you get back.” As He spoke, He continued searching the area.
“What’s He doing?” Thomas, whose nickname was Twin, asked in a low voice to James and John as they left for the village. “He’s usually the last one to stop and rest. It’s like He’s looking for someone.”

When the woman reached Sychar, she ran excitedly up to everyone she saw, exclaiming, “Come see a man who told me every wicked thing I’ve ever done! Could this be the Messiah?”
Intrigued by the woman’s frank and enthusiastic testimony, people began streaming out of town to meet this man was who had caused such excitement and change in this person they all knew.

“How long until harvest, Nathaniel?” Jesus asked.
“Oh, harvest is a good four months away.”
“I’m telling you, the fields are white for harvest right now!” As Jesus said this, he stood and pointed at the crowd hurrying to them from Sychar. “Look at all those coming to us! When we reap this crop, we will be gathering fruit, not for the barn, but for eternal life! Neither you nor I sowed this crop, but we’re going to reap it!”

Excited both by the woman’s testimony and by the wonderful words of Jesus himself, the people of Sychar asked Him to stay, and He remained with them for two days. People marveled not only at the healing power that came from Him, but also at the wonderful stories He told and the messages they contained. At the end of that time, many of the Samarians believed in Jesus, telling the woman, “Your witness was powerful, but now we have seen an even greater witness. We have heard for ourselves the words of Jesus and are convinced that He is the Savior of the world!”

(* In John’s Gospel times of day are referenced in Roman time not Jewish time. So in this story John mentions that it was about the sixth hour when Jesus reached Jacob’s Well, which in Roman time would make it close to six in the afternoon.)