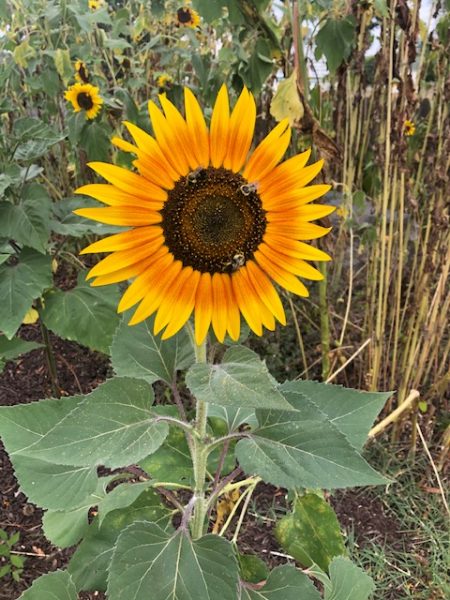 The man born blind cried out, “Lord, I believe! I believe in You!” As he proclaimed his faith, he fell on his knees and worshipped the One who had healed him.
Looking around, Jesus saw several Pharisees were standing nearby, listening carefully to all that He said. Speaking loudly so that the religious leaders as well as His disciples could hear, Jesus said, “I came into this world for judgment to take place, so that those who haven’t been seeing may see and that those who think they see may realize their blindness.”
“Hey, Teacher!” one of the Pharisees said with a laugh. “You aren’t saying that we’re blind too, are you…because we’re looking right at you.”
“That’s your problem,” Jesus returned. “If you recognized your blindness, you could come to Me and escape your wickedness, but because you say, ‘We see,’ you remain stuck in your sinful state.”
“How dare you?” one of the Pharisees shot back. “We are Pharisees, men of God! We are God’s flock!”
“I’m telling you the truth—the absolute truth,” Jesus answered confidently, “God’s sheep enter His sheepfold by the door, the same way a shepherd would enter. Anyone who tries to climb in some other way is a thief and a robber. But the doorkeeper opens the door for the shepherd, and he calls his sheep by name. The sheep hear his voice, and the shepherd leads them out. Do you know why the sheep follow the shepherd? It’s because they know his voice. If a stranger calls to the sheep, they’ll run from him because they don’t know his voice.”
“Do you have any idea what he’s saying?” one of the Pharisees asked his companion.
“No, I don’t!” the other answered. “He said we are blind even though we’re looking at him, and then he’s discussing sheepfolds and doors and shepherds. I think he’s crazy.”
“Hey, Teacher,” the first called out, “what are you talking about?”
“Okay,” Jesus answered, “I’ll explain it for you. I’m telling you the truth—the absolute truth. I am the door of the sheep.”
The Pharisees stared at Him with a look of stunned confusion on their faces.
“All who came before Me were thieves and robbers,” Jesus continued, “but the sheep did not hear them. As I said, I am the door. If you want to be saved, you have to enter through Me. My sheep find pasture, water, and rest only through Me. The thief comes to steal, kill, and destroy, but I came to give My sheep the most wonderful and amazing life possible, an abundant life that lasts forever!”
“So you’re a door,” the first Pharisee said with a sarcastic smile.
“I am also the good shepherd,” Jesus returned, smiling back.
“The good shepherd?”
“Yes,” Jesus answered. “The good shepherd loves the sheep so much that He is willing to give His life for them. There are some who want to lead the sheep who claim to be shepherds but are not. They are only there to get something for themselves. As soon as they see the wolf coming, these hirelings run off, leaving the sheep to be attacked and scattered. The hireling runs off because he isn’t concerned for the sheep but only for himself. The good shepherd won’t do that, and the sheep know it. I know who My sheep are, and they know Me, just like the Father knows Me, and I know the Father. I am the good shepherd, and I am willing to lay down My life for the sheep.”
“I see. So are these your sheep?” the Pharisee asked mockingly, pointing to the disciples. “I mean, it’s a pretty pathetic looking flock.” The other Pharisees laughed.
“They are My sheep,” Jesus answered, smiling at his disciples, “and I have other sheep that are not of this fold; I must bring them also. Even though they are not of this fold, they are still My sheep, and they will hear My voice. They will come and be one flock, and they will have one shepherd.
“This is why the Father loves Me—because I lay down my life that I may take it up again.”
“There he goes again, talkin’ crazy,” one of the Pharisees said.
“No one takes my life from Me,” Jesus said firmly, looking straight into the eyes of the Pharisee. “No one! I have the authority to lay it down when I want to, and I have the authority to take it back up again. This commandment I received directly from My Father!”
“Let’s…uh…let’s get out of here,” the first Pharisee said observing the determined look in the Teacher’s eyes. “This guy’s crazy.”
“Or demon possessed,” added another. “Why keep listening to him?”
“These are not the words of someone with a demon.”
“Hanan, what is it with you?” the first Pharisee asked accusingly of the religious leader who defended Jesus.
Hanan turned to face the speaker. “He opened the eyes of a man born blind, for goodness sake! A demon can’t do that, can he?”
Huffing their disapproval the other Pharisees turned and pushed away from the small crowd. With a sigh Hanan turned and looked at Jesus. The Teacher smiled and nodded approvingly at the honest-hearted religious leader.