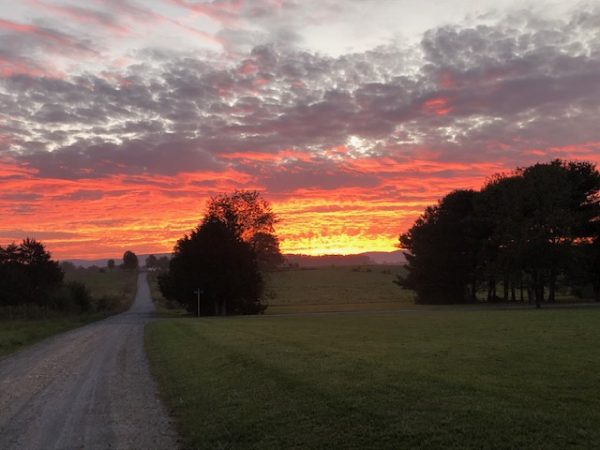 Winters in Judea could be cold, dark, and dreary, but one of the bright and happy events for the Jews during this time of the year was the eight-day Feast of Dedication. It usually happened in late November or December, depending on how it fell on the Jewish calendar. The Feast of Dedication commemorated the rededication of the temple after the Jews regained their freedom in 129 B.C. from Greek conquerors who had desecrated the temple of God in Jerusalem.
As was His custom, Jesus stood in the temple court each day and taught the people who had come for the celebration. The Jewish leaders, in their continued attempt to condemn Him, always sent their spies to listen to Jesus. Fed up with their inability to catch Him uttering false teachings, the chief priests and Pharisees confronted Jesus as He and His disciples were walking across Solomon’s Porch at the end of the day.
“How long are you going to keep us in suspense?” one of the leaders barked at Him. “If you are the Christ, then just tell us plainly!”
“I’ve already told you,” Jesus answered, “but you won’t believe.”
“When have you told us?” the Pharisee shot back.
“The works that I do in My Father’s name bear witness of who I am,” Jesus returned. “But there is a very good reason why you don’t believe. You are not My sheep.”
At this point Jesus turned and looked at His disciples. “My sheep hear My voice. I know them, and I know their hearts. Because they are My sheep, they follow Me.
“Is that so?” one of the leaders answered sarcastically as he glared at the small band of disciples. “And what do they get out of it…wandering all over the place, listening to your crazy teachings while their businesses and their families suffer?”
“I give eternal life to them,” the Teacher returned, “and they shall never perish. And don’t try to discourage them because no one shall snatch them out of my hand. They are secure with Me. My Father, Who has given them to Me, is the greatest, and no one can snatch them out of His hand either.”
“How can that be?” the Pharisee shot back.
“It can be,” Jesus answered confidently, “because the Father and I are the same.”
“Okay, that’s it!” one of the leaders called to the others. “Get some stones! We’re getting rid of this blasphemer right now!”
Jesus looked at the man and calmly asked, “I’ve shown you many good works from the Father; for which of them are you stoning Me?”
“WHAT?” the Pharisee exclaimed. “We aren’t stoning you for a good work! You just blasphemed!”
“Did I?” Jesus asked innocently.
“Yes, you did! You’re making yourself out to be God when you’re just a man!”
“Hmmm,” Jesus responded. “Let me ask you something. Doesn’t it say in your Law in the book of Psalms, ‘I said, you are gods?’”
“Is that really in the Psalms?” John asked Judas, who was standing near him.
“Yes,” Judas chuckled. “Asaph wrote it.”
“If the writer called them gods to whom the word of God came,” Jesus continued, “(and you know that all scripture is true), how can you say to the One Who the Father sanctified and sent into the world, ‘You’re blaspheming,’ when all I said is that I’m the Son of God?”
“Don’t listen to him, Elias!” one of the Pharisees called to the leader. “He’s just trying to confuse you!”
“Okay,” Jesus returned, “I’ll make it simple. If I don’t do the works of My Father, then don’t believe Me; but if you see God’s works happening through Me, then even if you don’t believe Me, believe the works. Stop and consider what you’re actually seeing. God is working through Me. You need to understand that the Father is in Me, and I am in the Father.”
Turning to the other religious leaders, Elias announced, “You’re right! He’s just trying to confuse us with all of his babbling! Let’s end this now! Hand me a stone.”
Grabbing the offered rock, Elias and the others turned to attack their enemy, but Jesus and his disciples were gone.
“WHAT? HE WAS RIGHT HERE! WHERE DID HE GO? FIND HIM!”
“They don’t see us!” John whispered excitedly to the others as Jesus led them through the crowd and out of the temple.
“Yeah,” Andrew answered. “It’s just like before. The Teacher took away their light.”
“I love it when He does stuff like this!” John returned.

With the tension being so high in Jerusalem, Jesus decided to leave before the end of the feast. He led His followers across the Jordan River to a place where John the Baptizer had first preached and stayed there for a few days. When the people in the surrounding villages heard that Jesus was there, they came out to hear Him teach.
“You know,” one of the men listening said to his neighbor, “It’s just like when John was here preaching.”
“I know what you mean,” the friend returned. “I really miss John, but he said that someone greater than him was coming.”
“I was here when John pointed to Jesus and said that He was the coming one,” the first man agreed. “And you know what? The whole time John preached, he never performed a single miraculous sign, yet everything he said about this man was true.”
“I believe in Him,” the friend returned confidently.
“So do I!”
“He’s the Christ!” said a man nearby, who had overheard the conversation.
“Lord, the people just want to see You perform a sign,” Rock said when Jesus had finished His teaching. “They need to know that You are from God.”
Jesus looked into His disciples eyes and said, “Rock…I am the sign.”