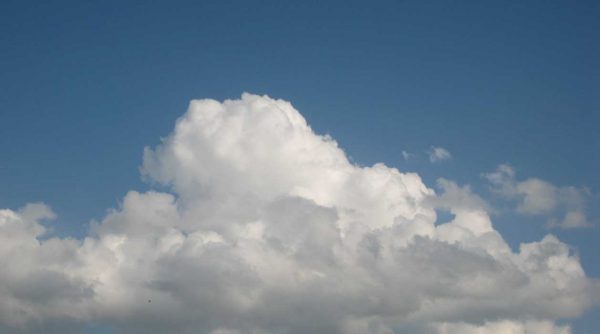 Jesus and his disciples were resting in the Garden of Gethsemane on the Mount of Olives. The Lord was staring intently at Jerusalem to the west. Finally the Teacher turned to face His followers. They could tell by the look on His face that He had something important to say.
“You know that I love you,” Jesus began. “I have loved each of you since before I called you, and I have never stopped.” He looked around at his disciples, making eye contact with each. His eyes seemed to linger a little longer on Judas; so long, in fact, that it made the disciple uncomfortable.
“Rock!” Jesus called.
“Yes, Teacher?”
“Take John with you and go arrange all we need for the Passover supper,” the Teacher directed.
“Where shall we prepare it?”
There was a pause before the Lord answered. “When you enter the city, you will see a man carrying a pitcher of water. I want you to follow him. Go up to the house that he enters and ask the owner, ‘Where is the Lord’s guest room to eat the Passover with His disciples?’ He will show you a large upper room that is furnished. That’s where you will prepare for us.”
“We will take care of it, Teacher,” Rock answered as he nodded at John.
As the two disciples were leaving the garden, they walked over to Judas, who was sitting by himself near the entrance. “Judas,” Rock began, “the Teacher asked John and me to go prepare the Passover for all of us. I need the money box to make our purchases.”
Judas gave an annoyed sigh and drummed his fingers on the box as he considered the request. Finally a faint smile spread across his face. “Why don’t I go with you? I know a fellow who runs a shop, and I might be able to get us a better deal for the food.”
Shrugging his shoulders, Rock led the way down the hill to the city.
After finding the upper room exactly as the Lord said they would, the three disciples went to purchase a lamb. “It’s going to take you some time to get the animal sacrificed at the temple and then get it cooking,” Judas said after grudgingly paying for it. “I’ll go check with my friend and see if he will give us a discount for the rest of what we need.”
“That’s fine,” Rock returned, “but leave us some money to make the purchases in case you don’t make it back. Sometimes you lose track of time.”
With an audible growl Judas snatched some coins from the box and carefully counted them into Rock’s outstretched hand. Judas never liked Rock. Maybe it was because he was a ‘stinkin’ fisherman,’ or maybe it was because Rock was so annoyingly cock-sure of himself. Either way, Judas was looking forward to seeing the outspoken disciple put in his place. ‘You’ll get yours,’ Judas thought to himself, ‘and soon!’
Taking back streets and alleys, Judas skirted the market area and arrived at the palatial home of the high priest. Conferring with one of the guards at the gate, he was eventually ushered into a meeting of several of the chief priests and elders.
“So you’re one of the Nazarene’s followers,” Caiaphas asked suspiciously, “and you would betray your messiah?”
“He’s not my messiah!” Judas shot back. “I used to think he might be, but not anymore.”
“You would agree to turn the teacher Jesus over to us?” one of the elders asked anxiously.
“Not for free,” Judas returned quickly. “What will you give me if I do it?”
“Mmmm…How about twenty silver pieces?” Caiaphas tempted.
“Make it thirty, and I’ll do it,” the traitor haggled.
“Alright,” Caiaphas agreed, “but for thirty pieces of silver, you must lead our guards to him and point him out.” The high priest signaled to a trusted servant to get the money.
Judas balked at this. He didn’t mind selling out the Teacher, but the cowardly disciple wanted to just tell the chief priests where Jesus would be, then not be there when they came to arrest Him. Now not only must he be there when it would all take place, but Judas would have to stand in front of all the disciples and betray Jesus to his face.
“Well, what’s it going to be, Judas?” Caiaphas asked as he bounced the bag of silver coins in his hand. “Are you willing to go with the guards and point out the Nazarene? If you want this money, you have to make sure they arrest the right person. That deceiver must not escape again!”
Greed winning out over his cowardice, Judas finally answered, “Just give me the money. I’ll make sure you get the right man. But we have to do this at night in an out of the way place.”
“When you decide on the time and place, then come here,” Caiaphas ordered. “I’ll have my guards ready to gather in a moment’s notice, and you can lead them. But if you double-cross us, it will be you we will be coming after.”
Judas nodded his understanding.
When he didn’t see the enthusiasm he wanted from the traitor, Caiaphas snapped, “DO IT TONIGHT!”

After Rock and John had waited their turn for a priest to ceremonially kill their lamb and pour out the blood beside the altar, they brought the carcass back to the house where the upper room was located. The cut-up pieces of lamb were placed in the large clay oven which was beside the house. Meat was already cooking in it, and the house owner offered to let the disciples cook their lamb there as well.
While the meat slowly roasted, the two disciples walked back to the market and bought several loaves of unleavened bread as well as the rest of the food that was needed for the traditional supper. When Rock was paying for their purchases, John asked, “What if Judas shows up with a better deal?”
“He knew what we were doing,” Rock returned. “He had plenty of time to check with merchants and to get back to us. Obviously he got distracted…again.”
Returning to the upper room, they stacked the loaves and covered them with a cloth. Parsley and lettuce were placed beside the bread. With these John set down a small jar of ground horseradish and a larger bowl of charoset, which was a mixture of dried fruit, nuts, wine, and cinnamon. A couple of skins of inexpensive wine were laying on a table by the door, near a large pot of water that the home owner had kindly supplied for the purpose of ceremonial hand and foot washing. The disciples also noticed that towels and a small basin were beside the water pot. They would distribute the food on the low tables when it was closer to time to eat. For now they decided to take their eggs down to put in the oven to roast with the lamb.
The meat was sizzling and starting to brown when they opened the oven door. Both disciples licked their lips involuntarily when they saw the cooking roasts.
“Why do you think God picked a lamb for the Passover sacrifice?” John asked. “Oh, I know its smaller and less expensive than a bull and a lot easier to handle, but why a lamb?”
“It’s for our sins,” Rock gave the traditional answer.
“Oh, I know all that too,” John returned, “but it’s still just a lamb. It’s not really worth that much…not when you think about how bad our sins are. I mean, my sins are awful! I think I need a better lamb.”
Rock was thoughtful after hearing John’s words. “We all do,” Rock said. “What you said reminded me of something. Do you remember when we first saw Jesus?” John nodded his head, and Rock continued, “It was when we were listening to the Baptizer by the Jordan River. John was speaking, and all of a sudden, he looks up and spots a fellow walking towards us.”
“It was Jesus,” Rock’s young friend said with a smile.
“Yes, it was,” the big fisherman agreed. “As soon as the Baptizer spotted Him, John pointed straight at Jesus and said, ‘Look, the Lamb of God, Who takes away the sins of the world!”
“I do remember that,” young John returned, “but what does it mean?”
“Well,” Rock answered thoughtfully, “I think it means that Jesus IS the better lamb.”