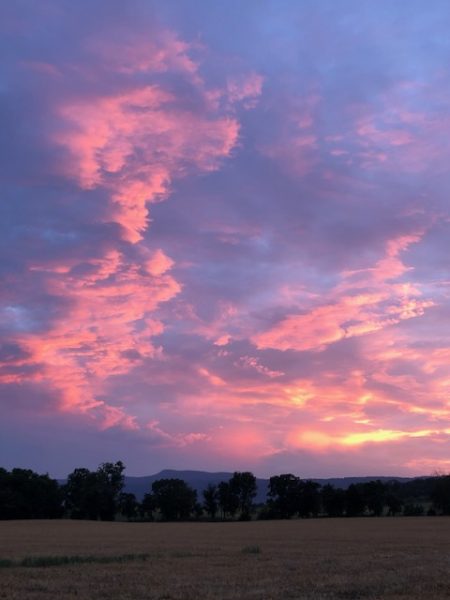 There hadn’t been a real prophet in Israel for almost five hundred years, so when word of John’s ministry began to spread, people came from all over Judea and Galilee to hear him. Everyone knew that if, after all these years, God had finally sent a prophet to them, this was big! People closed their shops; fishermen beached their boats; farmers took time off to go to the Jordan River to hear what this man of God had to say. Even though John had repeatedly informed the crowds that he was not the messiah, he was constantly telling them that a ‘Great One’ was coming.
“He’s more powerful than I,” the Baptizer said. “He was before me…I am not even worthy to untie His shoes…” Even while not yet fully understanding whom the prophet referred to, the people hung on his every word.
One day as John was teaching his disciples, he looked up and saw Jesus at a distance coming towards him. Never taking his eyes off the One who approached, John said to his disciples, “What happens every morning and every evening at the temple?”
“A lamb is sacrificed as a sin offering for the people,” the obvious answer came.
“Why do they have to keep sacrificing sheep?” John asked again.
“Because our sins are always before God.”
“So,” the Baptizer responded, “for us to have our sins completely taken away for good, we need a better lamb.”
John raised his arm and pointed at Jesus and said, “Look, there He is! The Lamb of God Who takes away the sins of the world!”
“How do you know?” one of the disciples asked.
“Less than two months ago, He came to me wanting to be baptized,” John explained. “As soon as I saw Him, I sensed an awareness in my spirit that this was the One God was sending, and I didn’t feel worthy to baptize Him. I even told Him so, saying that I needed to be baptized by Him.”
“What did He say?” one asked.
“He said, ‘John, permit it this time because it is up to you and Me to fulfill all righteousness.’”
“What did He mean?”
“Think about it,” John answered. “Everything that pleases God is righteous. In the eleventh psalm David said, ‘God is righteous and He loves righteousness.’ Jesus was telling me that God would be pleased if I baptized Him. That was enough for me, so I baptized Him.
“Then the most amazing thing happened. As soon as I lifted Him out of the water, we both looked up. The sky suddenly split apart, and the most glorious light streamed down on us. The Spirit of God descended out of the split and formed Himself into a dove Who flew down and landed on Jesus. Just as that was happening, a powerful voice came from above.”
“What did the voice say, John? What did it say?” the disciples eagerly asked.
“It said, ‘This is My much loved Son, and I am very pleased with Him!’ And that’s how I knew for sure.”
“Knew what?”
“When I began my ministry, God spoke to me and said that, when I see the Holy Spirit descending like a dove and landing on a person, then I will know that He is the One God is sending. And I am telling each of you that the Man you see approaching us…that Man right there—He is the Son of God…He is God’s better Lamb!”