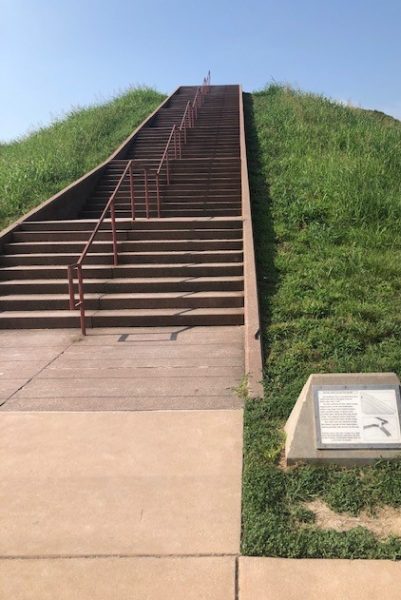 When Andrew returned, Jesus stood to greet him and the large, powerful-looking fisherman following him. Jesus noticed a look of skepticism in the newcomer’s eyes.
“Teacher, this is my…” Andrew began, but before he could finish, Jesus stepped past him to greet the older brother.
“You are Simon, son of John,” Jesus said with a smile. The way He said it made Simon feel special.
“Yes,” the big fisherman returned with a smile. “Yes, I am.”
“From now on,” Jesus returned, looking into the man’s eyes, “you will be called ‘Rock.’
“Rock?” Simon chuckled with a hint of pride. “You want to call me Rock? Why? Because I’m strong, dependable, and solid?”
“No,” Jesus returned, “but because one day you will be.”
After John returned with his brother James, the four Galilean fishermen spent the rest of the day and most of the evening totally enraptured by the Teacher.
The next morning, the four men were at Jesus’ camp early but were surprised when the Teacher announced that He would be leaving to go back to Nazareth. “I want each of you to go with me,” He said to them.
“We are ready, Teacher,” Rock announced. “We are carrying all our things. We can leave now if you like.”
“Not just yet,” Jesus said as he stood to leave. “I have to find someone first.”
The Teacher led them to the road and back to Bethany. When he entered the market area, he spotted a man purchasing some bread. “There he is!” Jesus said excitedly, and called to him, “PHILLIP!
“Phillip?” the four fishermen behind him gasped in shock.
“Yes?” Phillip answered.
Jesus put a friendly hand on his shoulder and said, “Phillip, my friend, I am Jesus, the son of Joseph, from Nazareth, and I want you to follow Me.”
“Me? Follow you?” Suddenly recognition struck him. “Say, wait a minute! I know who you are! I was there the other day when the Baptizer pointed you out and said you were that special Lamb Guy from God!”
Just then, Phillip looked past Jesus and saw the two pairs of brothers. “Well, hey there, fellas! I’ve been lookin’ all over for you guys. Are you followin’ the Lamb Guy too?”
The answer he got were groans and sad nods.
“This is going to be great!” Phillip exclaimed as he started to join them, but then he stopped himself. “Wait! I wanna follow you, Teacher. I really, really do, but I know this guy that’s down here from Cana, and he’s anxious to find the Coming One the Baptizer’s been preachin’ about. But he doesn’t know You’re Him, if you know what I mean.”
“Go get him,” Jesus said with a smile. “We’ll wait.”

Nathaniel, son of Talmai, or Bartholomew, as he would later be called, was a serious minded Galilean. He had heard the reports about the new prophet in Judea who was baptizing by the Jordan River. Nathaniel had traveled from the mountainous region in the north to hear the Baptizer for himself because he wanted to draw his own conclusions. Like everyone else, Nathaniel had hoped that he would be the Messiah they had all longed for, but John had made it very clear that he was not. The words from the Baptizer that did excite the son of Talmai was that the Coming One was on His way. If the Messiah is on His way, Nathaniel said to himself, then I’m staying right here till He comes.
Nathaniel liked his privacy. His straight forward opinions and the blunt expression of his views had rubbed more than a few people the wrong way. He couldn’t help himself. He said what he thought, and that was all there was to it. When it came to Nathaniel of Cana, you either liked him or you didn’t. For this reason more than any other, the son of Talmai chose to stay just outside of town rather than at one of the crowded inns in Bethany. He had camped beside a creek flowing into the Jordan. Near this quiet spot was a big fig tree with arching limbs that reached to the ground. It was covered with large green leaves and an abundance of ripe figs. Nathaniel was sitting under the fig tree now as much to find a quiet place to pray and think as to eat breakfast. Thoughts of the coming Messiah filled his mind as he sat there. He wondered what kind of man He would be and what great works the King of Israel would do.
Just then he heard his name called. He recognized the voice; it was Philip. Nathaniel wasn’t ready to deal with Philip and his incessant questions right now, so he remained silent, hidden by the thick covering of fig leaves as Philip hurried past. But Philip kept calling. Nathaniel was both surprised and annoyed at the fellow’s persistence. Just then he heard his friend cry out, “We’ve found the Coming One!”
Without hesitation, the son of Talmai burst from under the leaves and chased down the herald. “Philip!” Nathaniel called as he caught up to his friend. “What did you say?”
“We’ve found Him! We’ve found Him!”
“Who?” Nathaniel questioned firmly, needing more information.
“The One Moses wrote about in the Law!” he answered excitedly. “The One the prophets wrote about! The One the Baptizer said was coming!”
“Who is He?” an irritated Nathaniel shot back.
“Why, Jesus of Nazareth, the son of Joseph!”
“Nazareth?” Nathaniel questioned in disbelief. “Are you serious? Nazareth?”
Philip gave a large smile and nodded.
“Can anything good come out of Nazareth?” Nathaniel asked again.
With his same annoying smile, Philip simply said, “Come and see.”
When Jesus saw Nathaniel approaching with Philip, He turned to the others and said, “Do you see that fellow right there? You will find no deceit in his heart. You may not like what he says, but he always tells you the truth.”
“How do you know me?” Nathaniel asked suspiciously.
“Before Philip called you, when you were under the fig tree, I saw you.”
On hearing this, Nathaniel’s jaw dropped open involuntarily, and for the first time in his life, he struggled for words. “Teacher, You…You are the Son of God! You are…the King of Israel!”
Jesus smiled at Nathaniel’s blunt confession and answered, “Do you believe because I said I saw you under the fig tree? You will see greater things than these. You will see the heavens opened and the angels of God ascending and descending on…the Son of Man.”
As they walked along the road north following Jesus, Philip leaned close to Nathaniel and said, “I don’t understand. When Jesus was talking about the heavens being opened and we would see angels going up and down on something, I thought He was going to say a stairway…like in Jacob’s dream. But instead He said the angels would be going up and down on the Son of Man. Who’s the Son of Man?”
“He is!” Nathaniel answered confidently.
“I don’t get it!” Philip shot back. “What’s He talking about?”
“He’s saying, Philip, that He is going to show us the stairway that leads to Heaven…and it’s Him!”