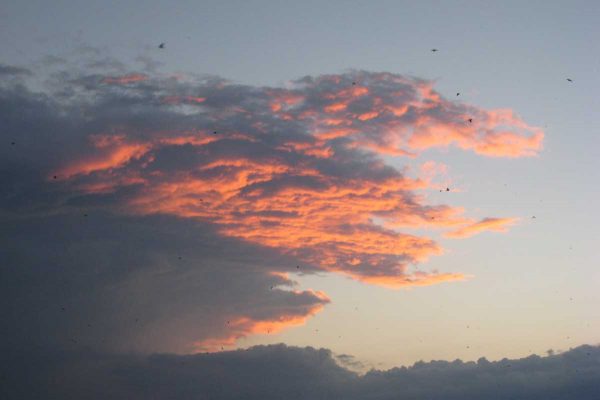 “Now this was an exciting day!” John of Bethsaida said to his brother James and to Andrew and Rock, who stood nearby. The sun had set, and they and the rest of the disciples were watching Jesus as he talked with a mother and her child, whose leg injury Jesus had just healed.
Jesus and his followers had been in the wide courtyard of the temple for almost six hours. The Teacher had taught a large crowd, mesmerizing them with His stories about the kingdom of God. Then to everyone’s surprise, He invited all who wished to be healed to come forward. It was amazing how many aches, pains, and sicknesses there were in the crowd. The most impressive healing was the workman who had lost three of his fingers several years ago. Jesus talked to him for a few minutes, then asked him to stretch out his hand, and when he did, three new fingers just sprouted right out.
It was all very wonderful, but it had been a long day, and the disciples were ready to go back to their camp and get something to eat.
“It’s been exciting all right,” Judas of Kerioth, who was standing beside John and the others, answered, “but I think the Teacher could do all this much more efficiently. Maybe He could do more group healings rather than spend so much time with each individual. You should talk to Him about that, Rock.”
Rock nodded his head in agreement, but just then they saw the mother and child walking away, and Jesus turned to the disciples. As their master led them down the darkening street and out the gate to the Mount of Olives, none of them noticed a small figure, darting from shadow to shadow, following them.

“There’s no doubt, Joseph,” the robed Pharisee said as he paced back and forth in the spacious living room of the large, nicely furnished home, “He’s actually performing miracles! Several of my students watched Him this afternoon.”
“Then the reports we’ve been hearing are true!” Joseph of Arimathea answered. “You know what that means, don’t you, Nicodemus?”
“It means a lot of things,” the first Pharisee returned. “First of all, it means trouble. You heard how angry the chief priests were when they told the Sanhedrin about this Nazarene running all the merchants and money changers out of the temple.”
“I was so excited when I heard that He did that,” Joseph said with a grin, “but I didn’t dare show it.”
“A lot of us knew it had needed to be done,” Nicodemus answered, “but nobody had the courage to face the wrath of Annas or Caiaphas. Justified as it may have been, this Jesus character has made enemies of the priestly party.”
“But, Nicodemus, if He’s actually performing these miracles we’ve been hearing about, that means God is with Him. He’s not a faker like so many of the others.”
“And if God is with Him to do the miracles,” Nicodemus added, “that means His words are coming from God as well!”
“They have to be,” Joseph agreed, “otherwise God wouldn’t give Him the power to work the miracles! We’ve got to talk with Him!”
“I have implemented a plan to do just that,” Nicodemus returned, “but I think I should go alone. If two members of the Sanhedrin show up on His doorstep, He’s liable to be suspicious and guarded. Also, I’m not ready for my students to know I’ve talked with this new teacher yet…not until I’ve found out what He’s actually teaching. The Sanhedrin doesn’t know I’m doing this either. If they did, it might cause trouble for both of us. You stay here, and I’ll give you a full report when I get back.”
“You’re going tonight?”
“That’s my plan.”
“Well, if I can’t go, I want you to ask this teacher from God a question for me,” Joseph said with a gleam in his eye. “I don’t know of anyone who keeps the Law of Moses better than you and me. Our high position in the kingdom of God is assured, but Simeon of Emmaus and Abijah of Lydda are both well known for diligence in keeping the Law as well. I really want a higher place than either of them, so ask Jesus what else you and I can do to move up to the best positions in the kingdom of God.
“By the way, how are you going to find out where Jesus is staying?”
Nicodemus smiled at this question. “I have hired a spy.”
At that moment one of Nicodemus’s servants stepped in. “Excuse me, master, but there is a lad at your door named Benjamin who says he has some information for you.”

“Did He say anything else?” Joseph of Arimathea asked as he and Nicodemus discussed the meeting sometime later.
“Yes, He did,” Nicodemus returned. “It was rather cryptic, and I’m not yet sure what it means, but I think it was important. He said ‘as Moses lifted up the serpent in the wilderness, even so must the Son of Man be lifted up; that whoever believes in Him have eternal life.’”
“I recall the story,” Joseph answered. “It’s from the book of Numbers. Our people sinned greatly by once again grumbling and complaining against God. Their punishment was that poisonous snakes came among them, killing many. God answered their cries for relief, not by removing the serpents, but by having Moses make a bronze snake and hanging it on a pole. Everyone who looked on the image of the serpent lived. What do you think Jesus meant by referencing that story?”
“I’m not sure,” Nicodemus answered. “He said that He was going to be lifted up like Moses’s bronze serpent, but looking at Him is not what saves people. Eternal life is going to come by believing in Him.”
“Believing in Him about what?” his friend asked.
“Joseph,” Nicodemus said seriously, “He said He was the Son of God!”
“Isn’t that blasphemy?” Joseph gasped.
“Not if it’s true,” came the answer. “Remember, Joseph, His miracles prove that He speaks the truth.”
Now it was Joseph’s turn to be stunned. Both friends sat in silence as they tried to grasp the implications of what they had learned.
Finally Joseph spoke again. “I don’t know what to do with all this. My whole life has been about practicing our religion, but He says it’s not about being religious, it’s about letting God’s Spirit somehow change you into a whole new person. He says it’s not about keeping the Law, it’s about believing in this man who says He’s the Son of God. And what about this being born of the Spirit? How does that work? How are we supposed to even know when the Spirit of God is speaking to us?”
Nicodemus looked at his friend and answered, “I think He’s speaking now.”