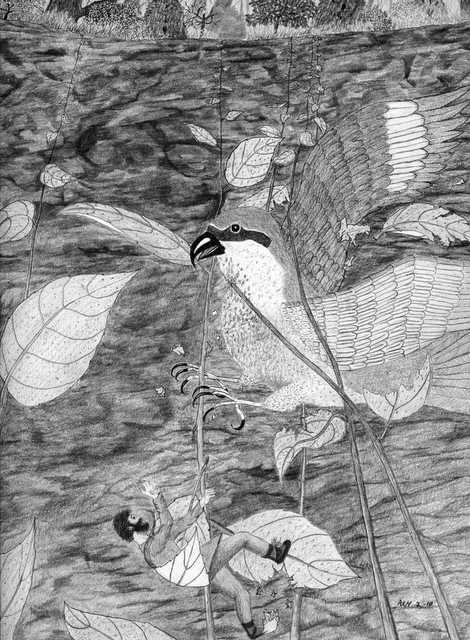 I don’t suppose my title will ever make it to the list of top ten proverbs, but it has meant a lot to me. Read on a bit, and I will try to explain what I’m talking about.

I am very concerned that what I write honors God. That is a valid issue because sometimes I get so caught up in telling an interesting story that I forget my ultimate purpose of honoring God. The more I concentrate on trying to communicate in my writing a message that I believe God wants me to tell, the more challenging the writing seems to become.

In my stories of the one inch tall Larkin people, I have tried to show my children and my readers the value of godly character, courage, and compassion. I have hidden in my stories lessons on loyalty, faithfulness, resourcefulness, discipline, devotion to duty, initiative, maturity, responsibility, and chivalry, to name a few. But when it came to showing what depth of devotion to Jesus Christ looks like, I had to let some of my characters die.

I used Turk in the first book, Hawthorn’s Discovery, and I used Ramus in the second book, Larkin’s Journal. Turk gave his life to save his friends. He lived long enough to tell his young unbelieving friend Hawthorn how important it was for him to know that Jesus is the Lord. When Ramus knew that his death was near, he was able to express to his son Larkin his devotion to the Lord Jesus and to encourage his son to faithfully follow Him as well.

But the real value of the deaths of these two important characters in my stories was to show to my children and to my readers how a true godly believer faces death. Courage is there for the believer when he or she comes to the end of life, because they know that immediately afterwards they will be with Jesus Christ, the One Who loves them best and the One they love the most. Though these parts of the stories are sad to read about, I think these lessons are priceless. And that’s why a Larkin in the grave is worth two in the bush.