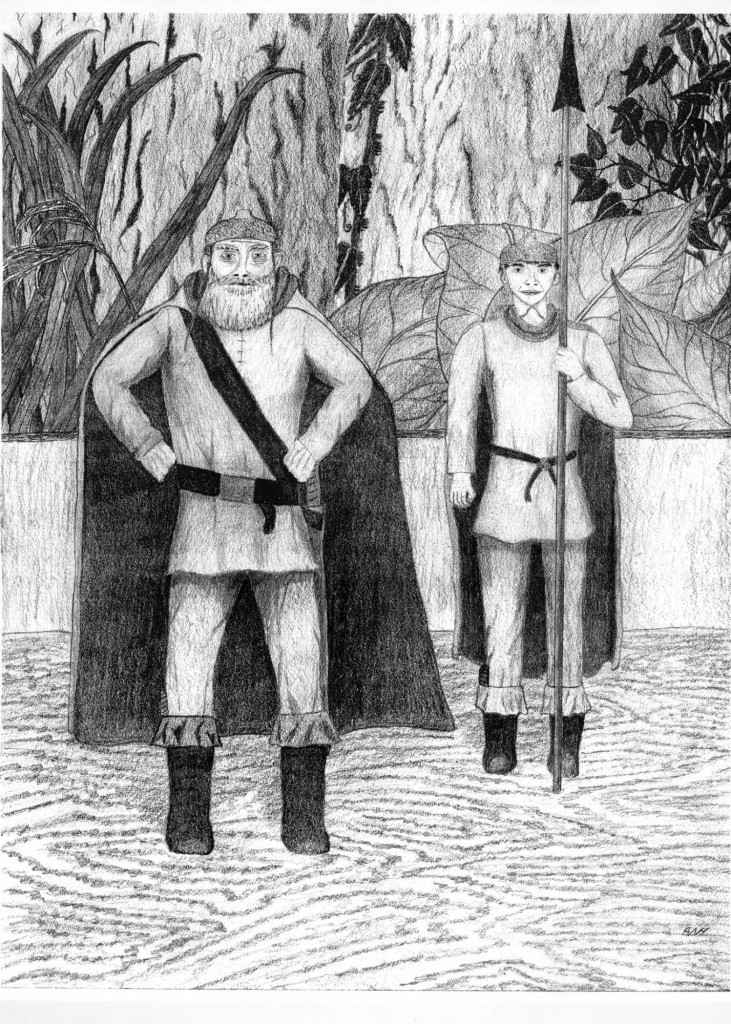 To all of you loyal Larkin fans out there, I just want to say (in Rush’s words) “You birds is the best!” I love to hear from you, and your comments always encourage me. But y’alls’ (remember, I’m from the South) curiosity is insatiable. I thought the Larkin stories were too detailed, but you fans always want to know more.

I was asked recently, “Whatever happened to Charlock and his nephew Burdock?” So I got to thinking about them, and here’s what I’ve come up with. Old Charlock is still around. He will occasionally still go out with some of the ranger patrols to cross the Meadow to meet with some of the Larkin believers, but mostly he stays at the Makerian stronghold of Stillwaters. He has recently been asked to take over the leadership of the Vigilants, who are Stillwaters’ gate guards. Everyone at Stillwaters seems to rest a little easier knowing that Charlock is in charge of the gates.

Burdock is now almost nineteen seasons old and has adapted quite well to life at the Makerian stronghold of Stillwaters. Within a year of arriving there with his family, Burdock became a Makerian Ranger. As of this blog post, I am about halfway through writing my third Larkin book called The Great Gathering. This story takes place about two years after the first book, Hawthorn’s Discovery, and while Burdock has not made it into this new story yet, he would be a second season Ranger at the time this story takes place. Burdock is becoming quite a capable hunter and scout, and his mother and sister are very proud of him. His uncle Charlock would say that he needs to work harder on his tracking skills and be more aware of what’s going on around him.

There is a rumor going around that Burdock has shown a little more than a passing interest in a rather attractive Makerian young lady named Mistral. I don’t know if that’s true, but Burdock’s ears get all red if you mention her name. Those of you who have read Hawthorn’s Discovery more than once might remember that Mistral is Carineda’s cousin. My daughter Natalie will probably be excited to hear about Burdock and Mistral, because she was the one who came up with Mistral’s name. Then again, I might be in trouble. Natalie may not think Burdock is good enough for Mistral. It can be tough writing these stories.

« Fun Questions from a Young Fan
Thoughts on My Favorite Characters »