When I first start 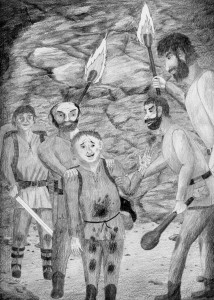 ed writing, I thought that a really good story was plot-driven. I believed that if you had an exciting or really engaging story, then it would be successful. I didn’t consider that the strength of your characters had much to do with it. After writing a few chapters of my first book and reading it back, I had to change my thinking. A great story helps, but even with a so-so story line, having strong, engaging, or fun characters can hold the readers’ interest and keep them turning pages.

At that point I had to rethink (and rewrite) what I was producing. I began to put more creative energy into developing interesting characters. Over time, this conviction has been proven true to me. Most of my readers with whom I get to speak are more interested in talking about their favorite character rather than a specific part of the plot.

So where do I get my characters? Some come straight out of my head, inspired by the circumstances and direction of the plot. If the story is getting too tense, I like to bring in characters that will make it more fun. Some of my characters are combinations of the personalities of people I’ve known. For example, Rush is a combination of my father and a dear friend of mine whom I knew years ago. Usually when I build a character based on traits of different people I’ve known, I will magnify the traits somewhat to strengthen the personality of the book character. 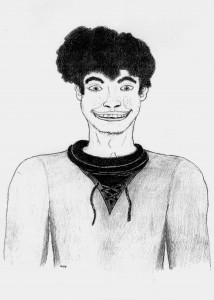 If one of my characters is too “over-the-top”, like Eldan in my first book Hawthorn’s Discovery, then I like to put a “straight man” with them to tone them down a bit and to allow the flamboyant character someone from whom to play off. With Eldan I used Hawthorn, Tobin, and, one time, even Carineda as my “straight man (person.)”

The character Lars in my second book, Larkin’s Journal, is an example of a character that came out of my head. I knew that I wanted Lars to be really huge, but I didn’t know what his personality was like until I started writing. As I saw the story taking place in my mind, I heard Lars always speaking in the third person.

I never explain in the whole story why Lars talks the way he does. To be honest, I don’t know myself; Lars never told me. But even with his limited vocabulary and very rough manner, Lars becomes one of many readers’ favorite and endearing characters in the book.

So for all of you aspiring writers out there, be sure to save some of your creative energy to build memorable, inspiring, and fun characters. In my new and improved opinion, it’s the strength of the characters that makes the book.

Since you were gracious enough to take the time to read my post, then why don’t you save yourself some time and subscribe to my blog. It’s free and that way my blog posts come to you without you having to waste your valuable time tracking down Alan’s latest tintilating message. Just click on the button on the right at the top of the page. Also, I love it when you comment on my posts. (It makes me feel special.)