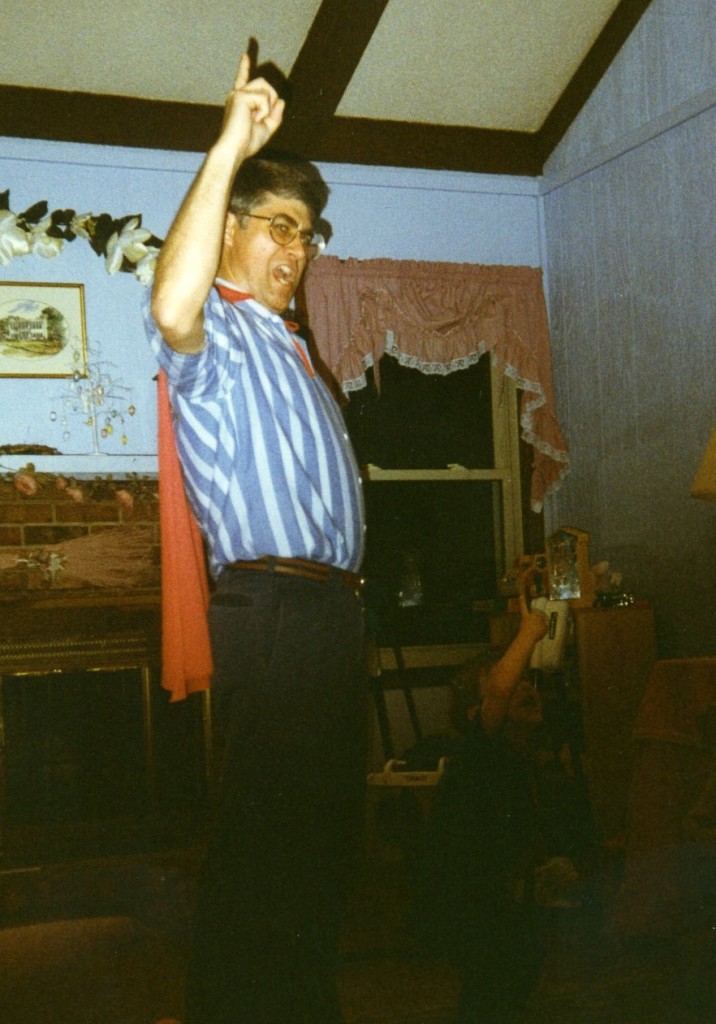 I was blessed with a very active imagination. The first twenty or so years of my life, I thought my imagination was a curse. I seemed to be always using it instead of concentrating on what I was supposed to be doing. (Does any of that sound familiar to some of you parents?)

My job as a veterinarian requires that I focus my attention on science, medicine, physiology . . . all that unexciting stuff (in some people’s opinion), for hours at a time, day after day. After a while my suppressed imagination can’t take it anymore, and it has to do something. I may take a walk in the woods, go to the River Walk in Columbia, SC, or just squat down next to an interesting root or plant or patch of moss and watch the insects moving around.

If the weather is not accommodating or if I don’t have time for a hike, I may pace back and forth in my room and free my imagination to travel the world of nature in my mind as a Larkin-sized explorer. It doesn’t take long before I’m in my own little world fighting spiders, finding a food source in a vine-draped tree, or trying to rescue an imaginary comrade in need.

I’m not able to do that as often as I did when I was younger, but it’s still fun. Occasionally when I do that, some interesting idea will come to me. If I think the idea has merit, I will do some research on it. When my research leads to encouraging results, I file the idea away and look for an opportunity to use it in a story.

Sometimes I will get what I think is a particularly good idea only to find out, when I look deeper into it, that the idea will not work in real life. On those occasions when the impossible idea is one that I especially like, as the author I will use creative license and put the idea in the story anyway. (It’s my story, so I get to make the rules.) A couple of examples of my “bending” the laws of nature so I could use an idea I liked was in the first book, Hawthorn’s Discovery, when I put in the light sticks that the Makerians used to see in the dark and also when I included the Makerian flying machines called the “whirly bugs.” Scientifically, I can’t justify either of those two things, but it sure makes the story more fun.

May God’s richest blessings be on each of you,

« “Why Don’t You Ever Talk About What The Larkin Do In The Winter?”
Fun Questions from a Young Fan »