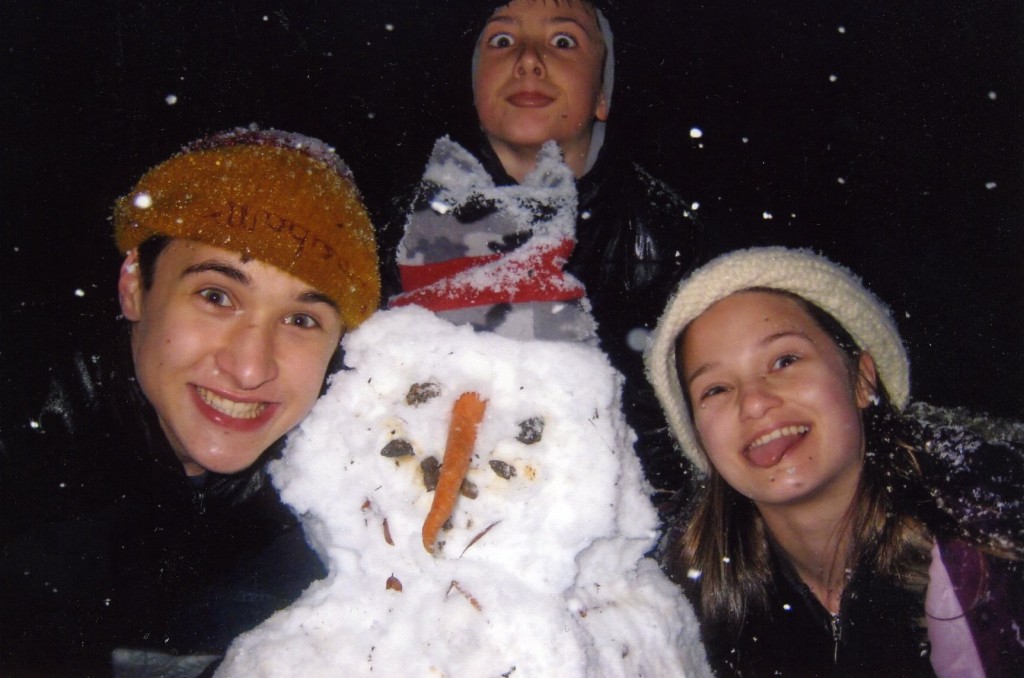 I don’t know if any of you have noticed, but I have seldom written about how the Larkin live in the winter. I did talk about Larkin and his father Ramus spending the winter with their giant friends in the second book, Larkin’s Journal. But they spent the whole winter living in the giants’ house.

I think the main reason I’ve been reluctant to talk about the Larkin in the winter is because I’m not sure how they would handle the snow. Water wouldn’t be a problem, because they could melt the snow. They wouldn’t be able to travel very well in the snow, so they would have to lay up their food for the winter like the forest creatures.

If they did need to travel through the snow, tunneling would only work for short distances, because it would be so much work. I think that they would have to cut steps in the snow to reach the surface and then use snowshoe or ski-like devices of their own construction to travel around. They could sled down hills on leaves or smooth bark.

Now that I think about it, being one inch tall and having to travel any distance in several inches of snow would be a lot of trouble. Even scaling the trees with their climbers and traveling along the limbs would be hard because there might be snow on the top edges of the limbs or packed snow or ice on the limbs, making them treacherous.

It seems to me that the safest place for a Larkin to be in the winter is in his stronghold making arrows, sewing clothing, and planning next season’s mooflon hunts. There’s not much adventure in that, but with all the exciting things that happen to them, they need to rest sometime. Come to think of it, curling up in your nice warm stronghold with a bowl of stew, a hot mug of nectar, and a loaf of fresh-baked seed bread sounds pretty good right now.

Thanks for reading, and may God’s richest blessings be on all of you.

« A Special Post from Guest Blogger Valerie Harris, My Wonderful Wife.
Where Do You Get Your Ideas? »