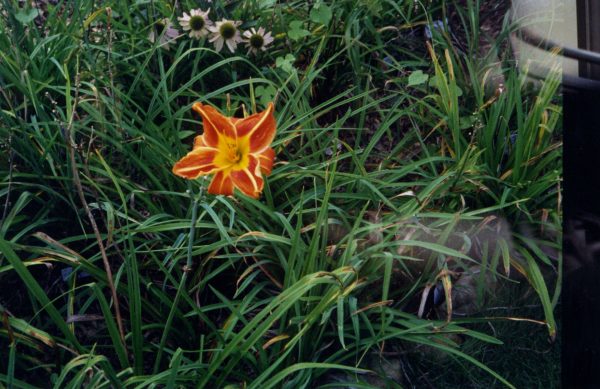 “Hey, Rock,” James called to his fishing partner and fellow disciple, “a fellow just dropped off a message to us from Martha of Bethany in Judea.”
“How are they?” Rock returned, remembering the pleasant times with their family.
“I guess she, Mary, and Lazarus are all fine,” James continued looking at the scrap of leather on which the note was written. “Martha sends news from Judea, and it’s not good. The chief priests and the Pharisees have joined together against the Teacher. Martha says that people are saying that the religious leaders are more determined than ever to kill Jesus.”
“I guess that means we won’t be going back to Judea anytime soon,” Rock said with a sigh. “That’s frustrating because Judea is where the power is. Until the Teacher is free to teach in Jerusalem, our movement will never become what it needs to be.”
“The risks are too great to go there now,” James added. “I personally am glad Jesus has decided to stay here in Galilee for the time being.”
“At least here the people still listen to Him,” Rock agreed.
“And nobody’s trying to kill Him,” James said, “or us!”
For weeks on end Jesus seemed to be content to travel to the small towns and villages in the north. The Teacher led His followers all around the Sea of Galilee, healing the sick, casting out demons, and sharing the message of the coming Kingdom of God with all who would listen.

One day in the fall, visitors came to Rock’s door. “Welcome, friends!” Rock’s wife said excitedly when she recognized her guests. Before her stood Mary, the mother of Jesus, and his four brothers.
“Hava!”(*) Mary said as she hugged her friend. “It is so good to see you again! My sons and I are on our way to Jerusalem for the Feast of Booths and wanted to ask if we could stay with you for the night.”
“You know you don’t need to ask!” Hava answered genuinely. “The Teacher’s family is always welcome here.”
Near sunset Jesus and his disciples returned to the house from a day of ministering in a nearby community and greeted His family. After the meal most of the evening was spent with Jesus answering the many questions His mother asked about His work. Mary was extremely interested in what God was doing through her Son and couldn’t hear enough. Jesus’s brothers didn’t seem to share in their mother’s enthusiasm.
The next morning, instead of preparing to travel to Jerusalem with the others, Jesus told His disciples of His plans to visit a village just north of Capernaum and teach there. Normally on a ministry day, Jesus would leave early, but today He waited until His family was ready to leave for Jerusalem so that He could say goodbye to them.
As Mary was saying her farewells to Peter’s family, Jesus’s brothers approached Him. “Brother,” James said as he walked up, “Why aren’t you and your disciples traveling with us to the feast? Mother was counting on you coming with us.”
“It’s not time,” Jesus answered.
“What do you mean, ‘it’s not time?’” Simon, Jesus’s youngest brother, asked in frustration. “Of course it’s time! If we leave today, we should get there, build us a booth, and get settled in just before everything starts.”
“You really should be with your family during the feast, Jesus,” Joses added.
“Listen, Brother,” the strongly opinionated James said again, “you’re really not doing yourself any favors hanging around up here in Galilee. Rock said you’re going north to preach after we leave. You’re never going to reach large numbers of people until you go to Judea. You need to take all this miracle working stuff you do and go where the big crowds are.”
“Exactly!” agreed Judas, Mary’s third son. “Get out there and show the world what you can do!” As he said this, a large grin spread across Judas’s face, and he swatted his younger brother Simon in the chest in an effort to get him to agree with him. In response, Simon scowled and pushed Judas back.
“I know that it’s time for you to go to the feast,” Jesus answered, “but it’s not time for Me. From your perspective, it’s always the right time for you to do what you want, but that’s not the life that I’m living. My Father in heaven has His plans for Me, and I’m doing what He wants, not what I want or what you want. Each of you directs your own life. The Father in heaven directs Mine.”
“I’m just sayin’,” James pressed, “that if you want disciples, then you need to go where the people are. The crowd at the Feast of Booths would be the perfect opportunity to show yourself in a public way.”
“The reason I have not gone back to Jerusalem is that there are a lot of people in Judea who hate Me and want to kill Me,” Jesus answered, “but it’s not time for that yet.”
“Yet?” Joses asked with a confused look. “What do you mean yet?”
“You don’t understand what I’m saying because you don’t look at this the way I do. The world doesn’t hate you,” Jesus returned. “It hates Me because I tell those in the world how evil they are. That’s why they want to kill Me. They aren’t interested in the wonderful life God offers them. The Father sent Me to tell them the truth, the truth about the highest and best life. But to experience the wonderful life that the Father wants to give, you must follow God’s will. It’s a life full of blessings, grace, and eternal purpose, and it lasts forever. I have come to offer the world that truth, but it is up to each one to decide what to do with it. I cannot let those who want to destroy Me accomplish their work until the Father accomplishes His.
“Yes, it’s time for all of you to take Mother and go up to the feast. I’m not going yet. Like I said, I’m following a different plan than you are, and My time has not yet fully come.”
Annoyed at Jesus’s response, James directed his brothers to gather their things and their mother and start on the journey.
As Jesus’s family was walking away, young John slid beside Jesus. “Is everything okay, Teacher?”
Jesus smiled at His friend and answered, “My brothers can’t see it. They are stuck in lives of their own making, but My Father wants them to have so much more. I came to show the world the life that I want My brothers to experience, but they don’t believe in Me…yet.”

*Neither the Bible nor secular history tells us the name of Peter’s wife. Hava is the name the author chose to use.